skip to main | skip to sidebar

1. Scenes from the Bayeux Tapestry 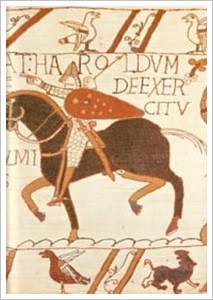 King Harold is shown on horseback prior to the battle as depicted in the 11th century embroidery now known as the Bayeux Tapestry. Although he fought on foot, he is shown here mounted, armed, and armoured exactly like the Norman knights, and is differentiated from them only by his moustache. 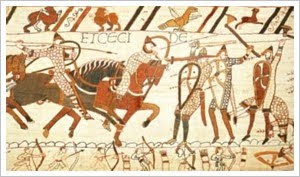 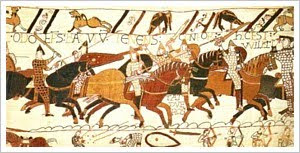 Detail from the tapestry showing William's half brother, Bishop Odo, on the extreme left and Duke William on the right raising his helmet by its nasal to dispel rumours of his death. 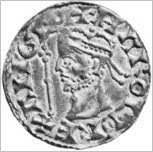 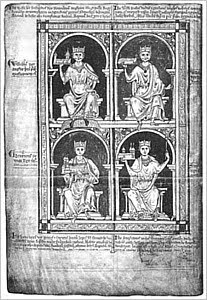 The four Norman Kings of England represented as patrons of the Church - each is holding a model of a church he founded. 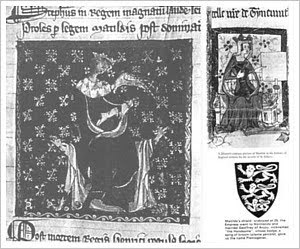 King Stephen from a contemporary manuscript, and Matilda, The Empress, from a 15th century manuscript written by the monks of St Albans. 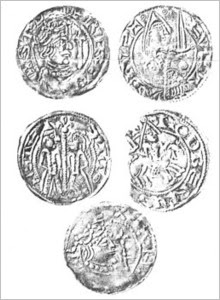 Norman coins struck during the reign of King Stephen:
• The top left: shows King Stephen holding a sceptre
• Top right: shows his elder son Eustace, who was appointed Governor of York and permitted to strike coins there
• Left middle: depicts Stephen with his wife Matilda of Boulogne
• Middle right: shows Robert of Gloucester, illegitimate son of Henry I and chief commander of his half sister Matilda
• Bottom: a silver penny of Matilda, The Empress 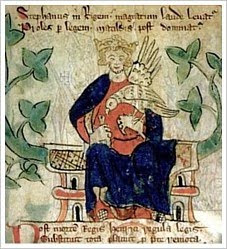 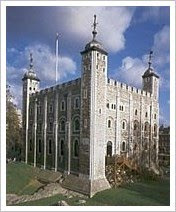 A view of White Tower, within the Tower of London complex of buildings. 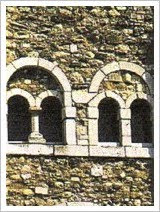 Window detail - On the south face of White Tower are 4 original windows from the Norman period. (restored) 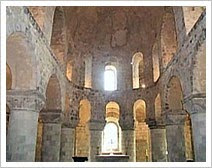 The Chapel of St John the Evangelist in White Tower, London

2. Setting the Scene: Background
• General Overview
• The Heptarchy: The Seven Kingdoms of Anglo-Saxon England
• Edward and the Godwins
• Invasion and Conquest
• The Normans

King Stephen from a contemporary manuscript

Aelfgifu
Twelfth century England, particularly the years 1100-1189, is my passion. It's a fascinating, ongoing journey to research and collect information and material relating to this period of English history. The result is this blog. I hope you enjoy the read, please feel welcome to leave your comments!

The Seal of Matilda, The Empress, daughter of Henry I. Styled Lady of the English, she was never crowned.

The Great Seal of Henry II 1154-1189. It shows how the shield was carried on horseback; hung on the left side of the rider by a loose strap called a 'guige' around the neck, with a shorter vertical straps, 'enarmes', held firmly in the left hand.